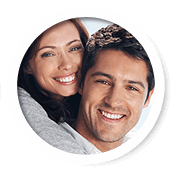 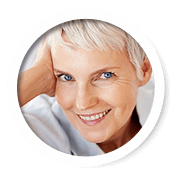 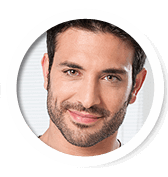 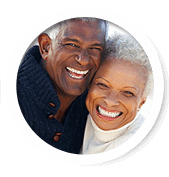 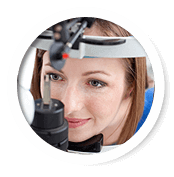 What is Refractive Laser Surgery (LASIK)?

Refractive laser surgery eliminates or reduces the need for glasses by altering the shape of the cornea, thus changing the way the eye focuses light. These procedures are performed in only a few minutes using anesthetic eye drops.

LASIK (laser in-situ keratomileusis) is a laser vision correction procedure used to correct Refractive Errors such as nearsightedness, farsightedness, and astigmatism using the Excimer laser. This laser procedure was developed in South America, where Dr. George Khouri learned it from one of the world’s first — and most experienced – practitioners in 1996 before it was approved for use in the USA. LASIK was developed and first performed outside the USA in the early 1990s, primarily because it was not subject to our strict FDA regulations. LASIK was FDA approved in 1998. There have been no long term problems reported with LASIK since then. Most experts in the field are confident that the cornea will remain stable permanently, as long as patients are appropriately selected and the safe limit of tissue removal by the laser is not exceeded during the surgery in the case of high refractive errors. The skill and experience of the surgeon are also key factors.

Why Choose Dr. Khouri for LASIK? 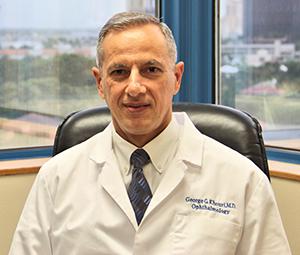 The success of the visual results following laser vision correction not only depends on excellent surgical skills but also on very accurate preoperative measurements of the refractive error and other corneal parameters to be programmed into the laser computer. Dr. Khouri personally takes and/or oversees all of these preoperative measurements and follows you closely preoperatively and postoperatively in contrast to some other practices that rely solely on their technicians for these tasks. When you choose a highly skilled surgeon, complications from any of these procedures are very rare. Actually, there is a lower risk of visual loss from LASIK than from long-term use of extended wear contact lenses. The reason is that the latter increases the risk of an infection such as a corneal ulcer which could lead to severe visual loss.

Prior to the 1980s, physicians were making radial and arcuate incisions to reshape the surface of the cornea and treat myopia and astigmatism respectively. This is called radial keratotomy or RK. The goal of this procedure was to reduce or eliminate a lifetime of dependence on corrective lenses. Since these incisions were about 90% deep, the structural integrity of the cornea was compromised making it more prone to injury and more likely to cause fluctuations in vision due to instability.

Researchers found that the technologically advanced Excimer laser was extremely accurate. Its cool ultraviolet beam caused no thermal damage to the corneal tissue as compared to other lasers. The Excimer laser has achieved utmost precision so that it can remove tissue with up to 0.25 microns of accuracy. Laser vision correction also added predictability, stability, and safety to the surgical correction of Refractive Errors such as nearsightedness, farsightedness and astigmatism.

The first human eye ever treated with laser vision correction using PRK in the USA was in 1989 and this procedure was first approved by the FDA in 1995. In PRK, the epithelial surface layer of the cornea is gently removed using a brush. The Excimer laser reshapes the underlying superficial layer. The epithelial surface layer is then allowed to heal over by placing a contact lens for a few days.

There are two steps in how your vision is corrected with LASIK. The first step creates a corneal flap with the femtosecond laser which uses ultrashort pulses (one femtosecond is equal to 10-15 second) that cut the corneal tissue using a photodisruption process. This flap is folded back to allow for the second step, which involves the reshaping of the exposed inner corneal surface with the Excimer laser. The corneal flap is then returned in its original position where it adheres securely without the need for stitches. . Most patients recover and see better very quickly.

LASEK combines some steps from both PRK and LASIK. With LASEK, a flap of the surface epithelial layer is loosened with a diluted alcohol solution and lifted prior to treatment of the underlying superficial layer with the Excimer laser. The flap is repositioned as with LASIK. A protective contact lens is then placed over the cornea to allow the surface epithelial layer to heal.

Epi-LASIK is another surface ablation procedure very similar to LASEK where the surface epithelial layer of the cornea is removed with a specially designed mechanical instrument called an epithelial separator to create a thin flap of corneal epithelium. No alcohol is needed to soften or loosen the epithelial cells. The Excimer laser is then used to reshape the cornea and a contact lens is placed to allow the corneal epithelium to heal.

Since LASIK is performed in a deeper layer under a protective flap of corneal tissue, healing is faster with minimal post-operative discomfort, and more rapid visual recovery as compared to PRK, LASEK and Epi-LASIK.

What Type of Laser Vision Correction is Best for You?

PRK, LASEK and Epi-LASIK, are considered surface ablation procedures. These procedures may result in a more predictable outcome with Custom Laser Vision Correction as compared to LASIK because the treated area is closer to the surface epithelial layer where the high order aberrations are measured using the wavefront analysis obtained with the iDesign Advanced WaveScan Studio System. These procedures can also be advantageous in patients with a tendency toward dry eye as compared to LASIK because a deeper flap is avoided. They are also advantageous for patients with thinner corneas since the created flap is much thinner than with LASIK. The amount of refractive error that can be treated is also greater than with LASIK. If you are a very physically active individual, the risk of traumatic flap dislocation is avoided with these procedures.

Back to Top
©2022 All Rights Reserved. Medical website designed and maintained by Glacial Multimedia, Inc.
The material contained on this site is for informational purposes only and is not intended to be a substitute for professional medical advice, diagnosis, or treatment. Always seek the advice of your physician or other qualified health care provider.